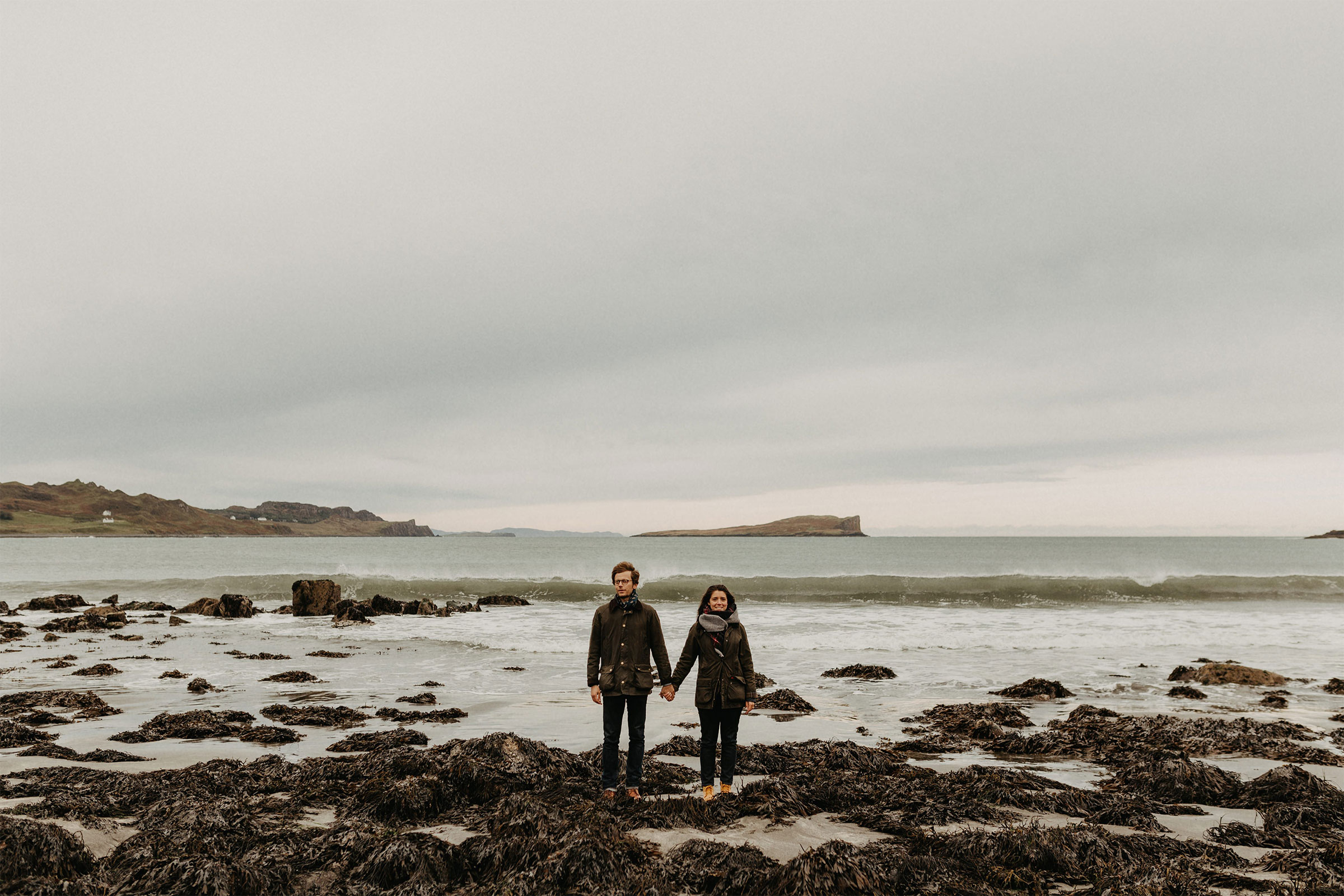 Back in October, we were on the road shooting something like 7 Scottish weddings and elopements in the space of 10 days. It was a crazy busy time, but with everything that has happened since and with so much uncertainty surrounding travel, there’s nothing we’d love more than to be transported right back into driving the winding roads of the Scottish highlands, spending time with some amazing people from all over the world and capturing their love stories.

One of those stories was Barbara + Guillaume’s. We loved their Isle of Skye adventure session! Barbara and Guillaume had tied the knot surrounded by friends and family in their home city of Paris the previous week, their day with us was arranged by Barbara as a secret part of their Scottish honeymoon. After a couple of weeks of scheming, all was revealed inside a cafe in Portree, when we sat down at their table and told a shocked Guillaume the plan.

It was such a joy spending time with these newlyweds, still with that ‘just married’ glow (it’s definitely a thing, we were on cloud 9 for about a month after we got married!) We hopped in our car and took them on a whirlwind tour of the north of Skye, taking in some of our favourite spots along the way. It was a wild and windy day, so after scaling Castle Ewen, we took shelter amongst the ferns of the Fairy Glen. After a quick stop for scones (and to warm up) at the Uig Hotel, we hit the road for the Quiraing. With the light fading, we made our way out to the sea and the dark sand of Staffin bay, and as the waves crashed in we caught some final moments with these two sweet souls. 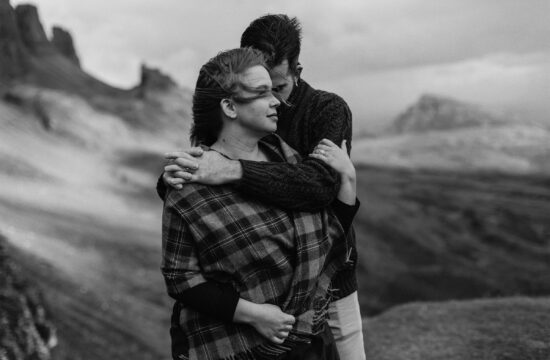 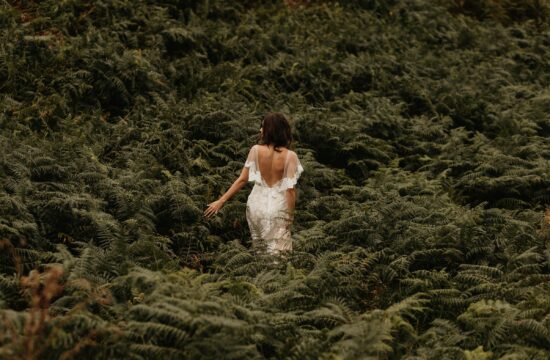 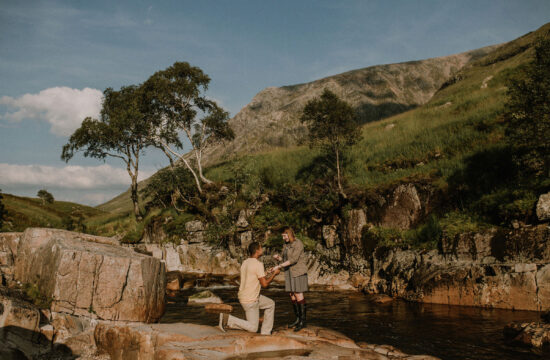