Oh Hattie and Joff… what a day this was!

On a warm, sunny day back in May, we travelled through to Glasgow’s West End for a wedding full of sentiment, happy tears, belly laughs, awesome people and one very sweet little dog.

Hattie and Joff made us feel like part of the day from the moment we arrived: from sharing homemade shortbread and a wee cry with the bridal party (Martyna) to hanging out in the garden with the lads and some strange neighbours (David) – it felt like we’d known them for years.

Everything about the day was super-personal. The couple chose the stunning and hugely significant chapel at Glasgow University for their ceremony, which not only was where Hattie studied, but also where her grandparents were married back in 1942. The enormous smile on Joff’s face as his bride entered the room was contagious, as was Hattie’s barely-contained excitement as she walked down the aisle.

After the ceremony, as guests enjoyed drinks in the sun, we stole the guys away for a wander round the grounds of the vast, gothic campus; hunting for pockets of light and quiet spots to capture their first moments together as husband and wife. when they returned they were greeted by the guest of honour: Olive, their beloved miniature schnauzer!

At this point, the piper led a procession from the university, down the hill to The Left Bank, where the party would continue. Although the sound of the bagpipes had to compete at times with car horns beeping to congratulate the bride and groom!

The Left Bank had never hosted a wedding before, which made it all the more special. It was a bar/restaurant that Hattie and Joff loved, and they went above and beyond, putting on an amazing night for the bride and groom. Awesome food, atmosphere and service. It felt like a massive party in your neighbourhood bar.

As the sun went down, Hattie and Joff escaped the party and took us to a spot overlooking Kelvingrove Park and the university campus. we spent some quiet time together in the golden hour light as they reflected on their day. They had done things their way. mixing tradition with the things that were important to them and their life together, and it was perfect. 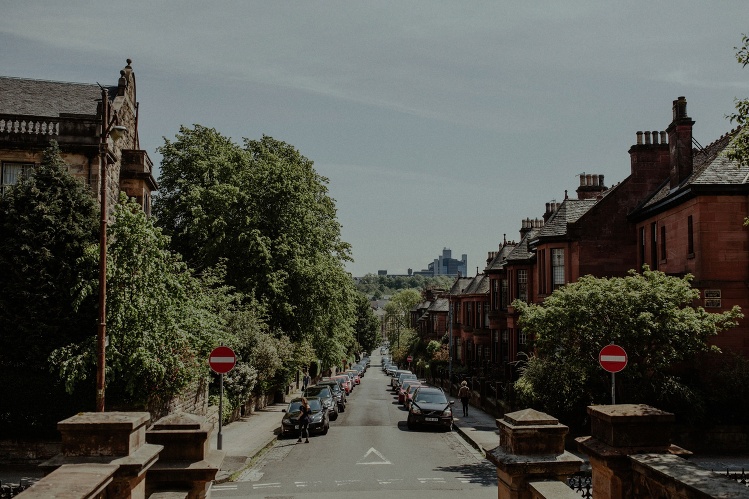 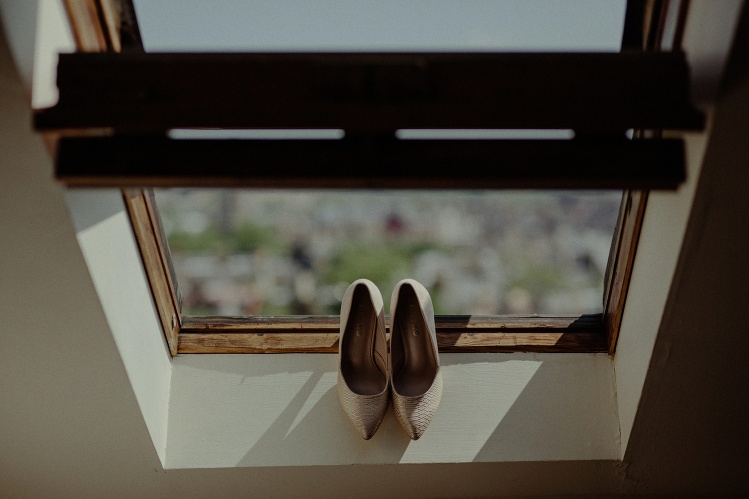