when sarah and phinn chose scotland’s capital for their small, but perfectly formed wedding in late-december, they had no idea they’d be joined by a surprise guest: STORM FRANK. the entire country was being hit by extreme weather, which made capturing this edinburgh wedding story a little extra challenging…

sarah, her friends and family had travelled to edinburgh from the USA for the occasion. meanwhile, storm frank was doing its best to disrupt phinn’s family on their journey north from england… thankfully, everyone powered through and we were even joined – via Skype – by Phinn’s grandmother.

there was such a happy, relaxed atmosphere as we joined sarah, phinn and their families during preparations at Fraser Suites – which boasts stunning views across the city. much of their relationship has been spent living on opposite sides of the atlantic, writing back and forth; so when phinn sent an awesome ‘peter pan and wendy’-influenced letter to sarah’s room, it felt like a poignant little snapshot of their journey together so far.

we walked across the road to Lothian Chambers for the ceremony, where more family members had arrived, fresh from defeating Storm Frank. the ceremony itself was intimate and super emotional, with sarah and phinn sharing their vows with such warmth and devotion – not a dry eye in the house.

it was at this point that we took our brave, newly-married souls out for a windy wander round edinburgh’s old town. sarah’s veil had a mind of its own in the stormy conditions, at one point the wind blowing it completely off her head and down a close – only to be caught by a well-placed passer-by!

after warming up with a stiff drink, we gathered up friends and family before taking a short walk down the royal mile for the perfectly chilled-out evening meal at david bann – a vegetarian restaurant chosen by ‘super vegetarian’ phinn. on the way, we stopped outside st. giles cathedral for some group photos, where sarah was congratulated by a rather ‘festive’ local man who wished her all the best and gave her a kiss on the cheek: “welcome to scotland, hen…”

when it was time to say goodnight, we left feeling like we’d seen two of our close friends get married. it was so special being part of these soul mates’ amazing day, and as we walked home we were stopped in our tracks by a massive fireworks display… the ultimate ‘grand finale’ to what had been the best, most unassuming, perfect little wedding – and an awesome way to round off 2016. 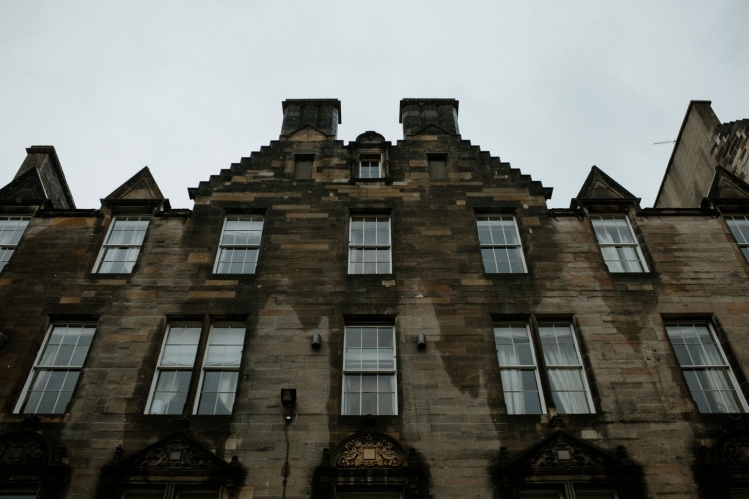 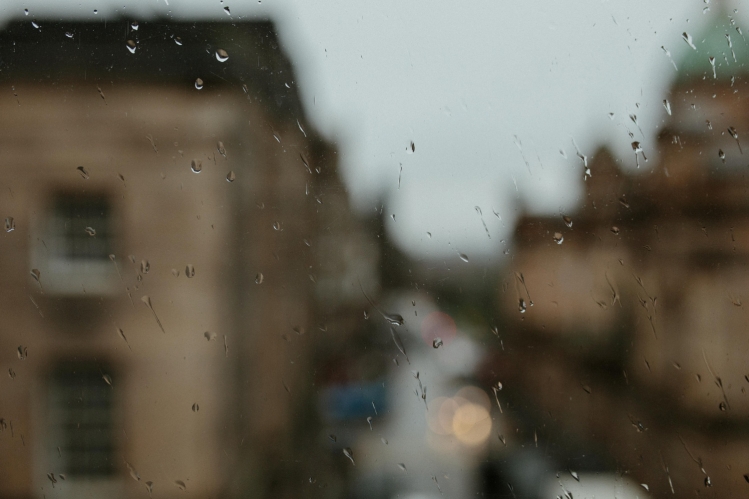